Heather spent 6 1/2 years in a Marine Corps Reserve Unit with a deployment to Afghanistan in 2011-2012. Most of her time in the Corps was spent as the training NCOIC. She helped to coordinate training aspects for the unit, from ranges to field ops, to teaching junior Marines. Heather ended her time in the Corps to raise her family as her husband took on the endeavor of becoming a Green Beret.

Heather is just shy of 2 years of running under her belt, and it started as a simple check on the bucket list with the Marine Corps Marathon in 2017, which was her first race. From there, she immediately jumped into the ultra-scene running her first 50k one month after MCM. Since then she has run several 50k’s, three 50 milers, and a 100k. Her first attempt at 100 miles was this past November, resulting in her first DNF at the 70-mile mark.

Running has been more than a stress reliever and outlet for Heather. Many times, she finds herself thinking of her friend. Their friendship goes back to MOS school, and they served in the same unit and deployed together. Three years ago, he committed suicide, and every time Heather hits the pavement or the trail, their friendship comes to mind. To add to the emotional struggle, Heather felt she had lost herself in raising her young children. Every step forward on a run was a journey to finding herself again and attempting to heal emotional wounds of losing such a close friend. Running helped her to get away from all the negative and focus on the positive. The harder the run, the better she felt.

When she first started running, Heather was not aware that ultramarathons even existed. In the middle of her marathon training, a friend mentioned he had run a 50k, and that was the opening of Pandora’s box. Heather became captivated with seeing how far she could take herself. She ran her first 100k just two months after her first marathon, which was also her first trail run. She does not recommend running your first 100k that way. She described it as a giant suffer fest, but she finished it. That race gave her the confidence to attempt her first 100 miler. Knowing that it would be difficult, she wanted to challenge. Although her DNF at Chattanooga 100 was devastating, she realizes she needed the failure to learn to pick herself up get back to the grind quickly.

Words of wisdom from Heather…

1. When on the run, fuel before you are hungry and drink before you are thirsty. There is no such thing as “the wall” if you stay on top of your nutrition. (A lesson solidified at Chattanooga 100.)

2. Protect your mental space with everything you have. Be selective of who you let in. 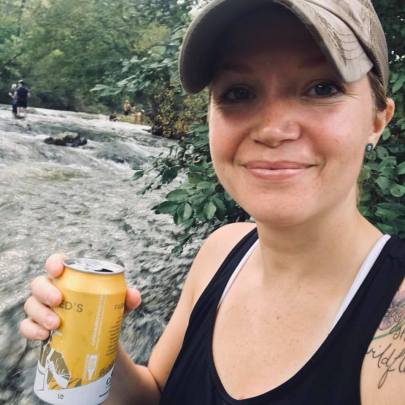 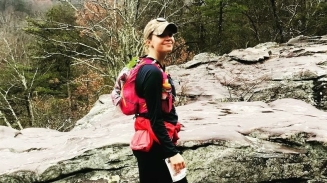